With a free daily 10-roll campaign live for Princess Connect: ReDive!, players around the globe can expect to bolster their rosters and hopefully those 3-star characters that they're missing out on. But what about the 1-star units? Considered duds by many, they're often lackluster units that are seemingly trivial to get. But let's inverse that question - how rare would it be to not get a 1-star unit?

That's it. That's the article.

But consider a new player to the game, that doesn't have any units. They see the daily free 10-roll campaign and think, "what a perfect time to start playing Priconne!". If they do their daily free-10 roll on the Misato banner for the length of the event, what's the probability that they don't get an Aoi?

Priconne has a pity system (colloquially known as "sparking" from the Granblue event in which the mechanic originated), which effectively lets a player exchange 300 rolls into a current focus character of their choice.

Did you know you can spark for Aoi?

Putting aside the question for why someone would spark for Aoi, let's appreciate the welfare safety net that Priconne provides for its players. But this begs the question - how unlucky would someone need to be for them to require sparking for Aoi? Put yourselves in the shoes of a huge Aoi fan (idk man, maybe they're a huge Hanazawa Kana fan?), set on a quest to roll Aoi, no matter the cost. How unlucky would they have to be to have to resort to sparking for Aoi?

Assuming they're doing their rolls on the focus banner (which is reasonable - if you're an Aoi fan, you'd be rolling on the banner that maximizes your probability of obtaining her), this would require you to whiff on 30 straight 10-rolls. The probability of that is \({9 \over 10}^{270}\), which comes out to...

For reference, this is a 1 in 2.26 trillion chance of happening. It is honestly questionable why it's even possible to spark for Aoi - each human currently alive would have to create over 3000 Princess Connect accounts and roll for Aoi before we might see an account fail to obtain her.

It's still more likely than Dream's luck, though.

When Pecorine (Summer) came out, people were saying she's an S-tier homescreen character, but nobody could point to a full tier list to confirm it. We at Fansubbing decided to 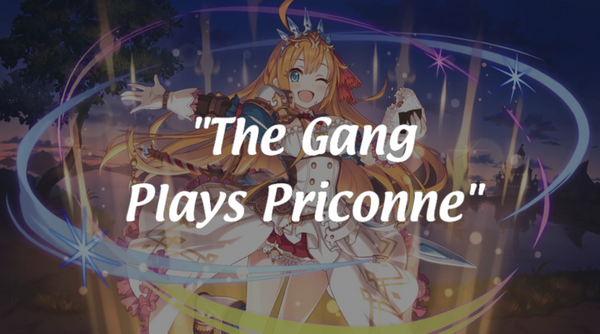