A grown woman spends a lot of time bribing young girls into dressing up for her in exchange for candy. More at 11.

WATATEN!: an Angel Flew Down to Me is not a very... deep show. It's a cute girls doing cute things show, where the primary character, a college-aged girl named Miyako, gets introduced to a number of her younger sister's friends and manages to get them to play dress-up with her in exchange for baking them cookies, candy, and all sorts of other food that are sure to give your child early onset diabetes. In fact, the first episode doesn't include Miyako going to any college classes at all (is she even enrolled in college?), just her lazing around the house in sweatpants like a NEET, so this show provides a great example of how to get on the FBI's child predators watchlist.

Still, I wouldn't be writing about this show if that was all it had to offer. (Or maybe I would.) Non non non, my dear friends. There's one character in here that completes the show. It shows just how good the writers are at their job, and she's the single reason why this show is a blast to watch. We'll get to her in a bit. 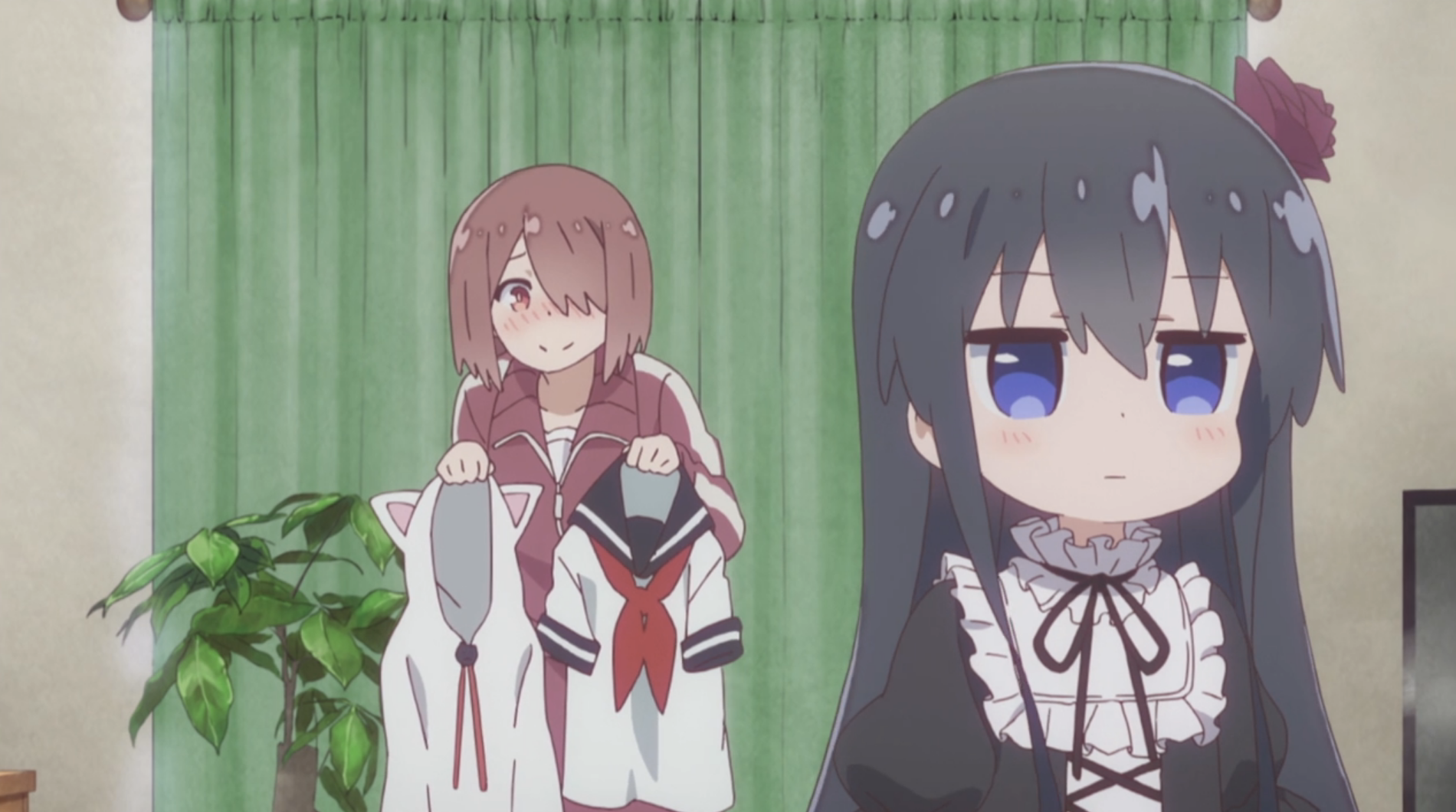 Back to the plot. Following Miyako is Hana, the girl that Miyako's little sister brings over to hang out with. Upon seeing her, Miyako is immediately filled with a desire to have Hana dress up in the various cosplay outfits that she's made. Hana, of course, wants no part in this, but she does want a part of some sweet, sweet candy, so the two of them work out a deal to exchange goods and services—or in this case, goods for services.

Also, quick aside: the fact that Miyako wants to "dress up [elementary school-aged girl] in cosplay photos" might raise a red flag from a content perspective, but Wataten does a really good job of not sexualizing any of its characters. Yes, the characters are designed to be cute, and yes, part of the humor the show utilizes revolves around Miyako's fascination with Hana's... everything, but this isn't a show that's trying to earn a quick buck by exploiting an audience that would love a joke about how "getting stepped on by young girls is the best" (looking at you, Ryuuou).

Now, the keen reader must be thinking, who is the catalyst for their meeting? Who is Miyako's little sister?

Well... let me introduce you to Hinata. Miyako's little sister, Hana's friend, and the reason why this show is so fun. 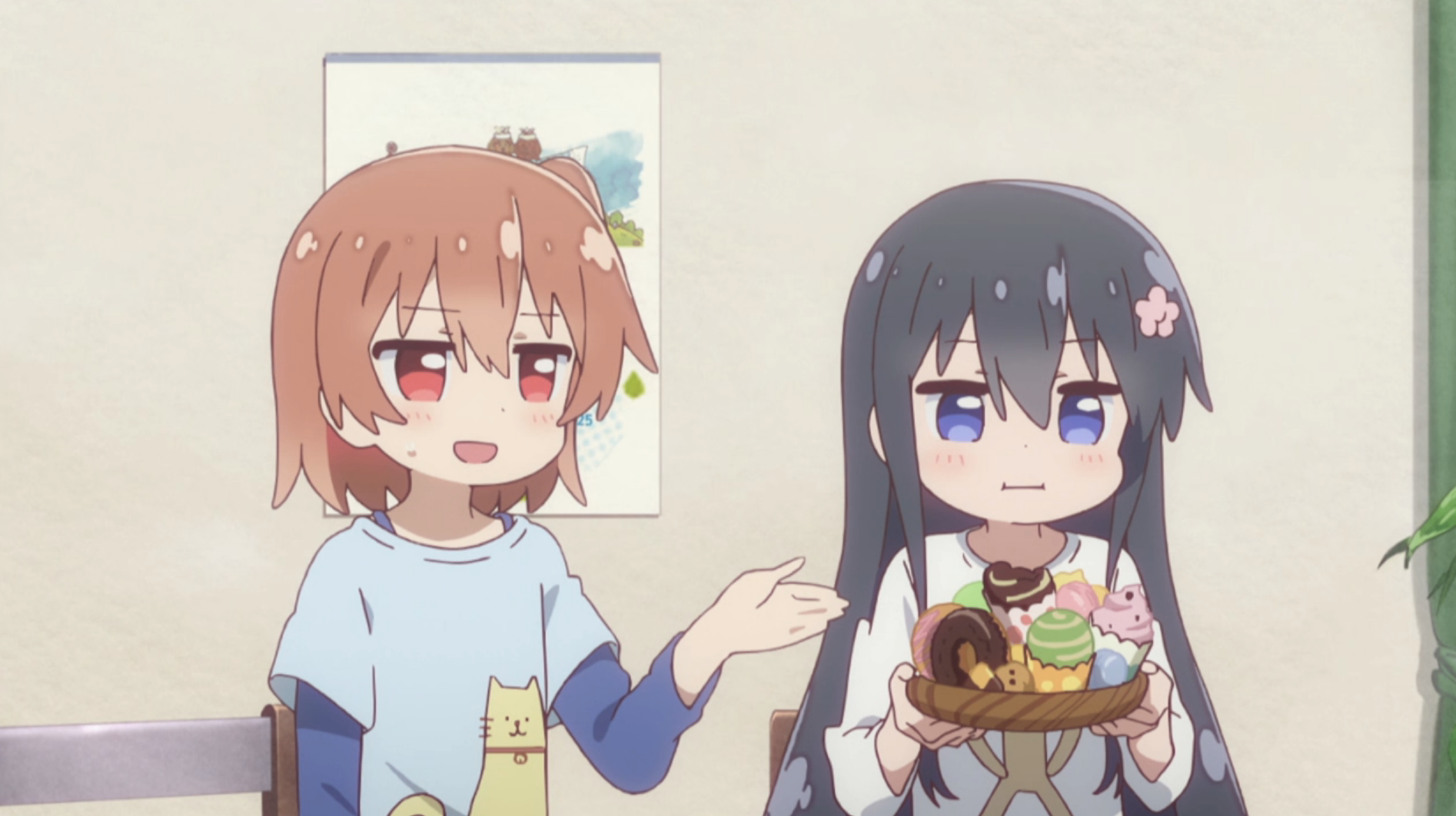 Here's the thing: Hinata is a dumb kid. I say that with absolute confidence. When something is exciting, she shouts in excitement with an "xD" on her face. Her mind often only has room for one train of thought, and she constantly misinterprets the things her friends are doing. Hell, she wakes up her sister with a flying body press, for crying out loud. Through the combination of her character's writing, the way she's animated, and her voice actress's performance, you can tell that this kid is just... dumb.

And it works brilliantly, since it's surprisingly believable. 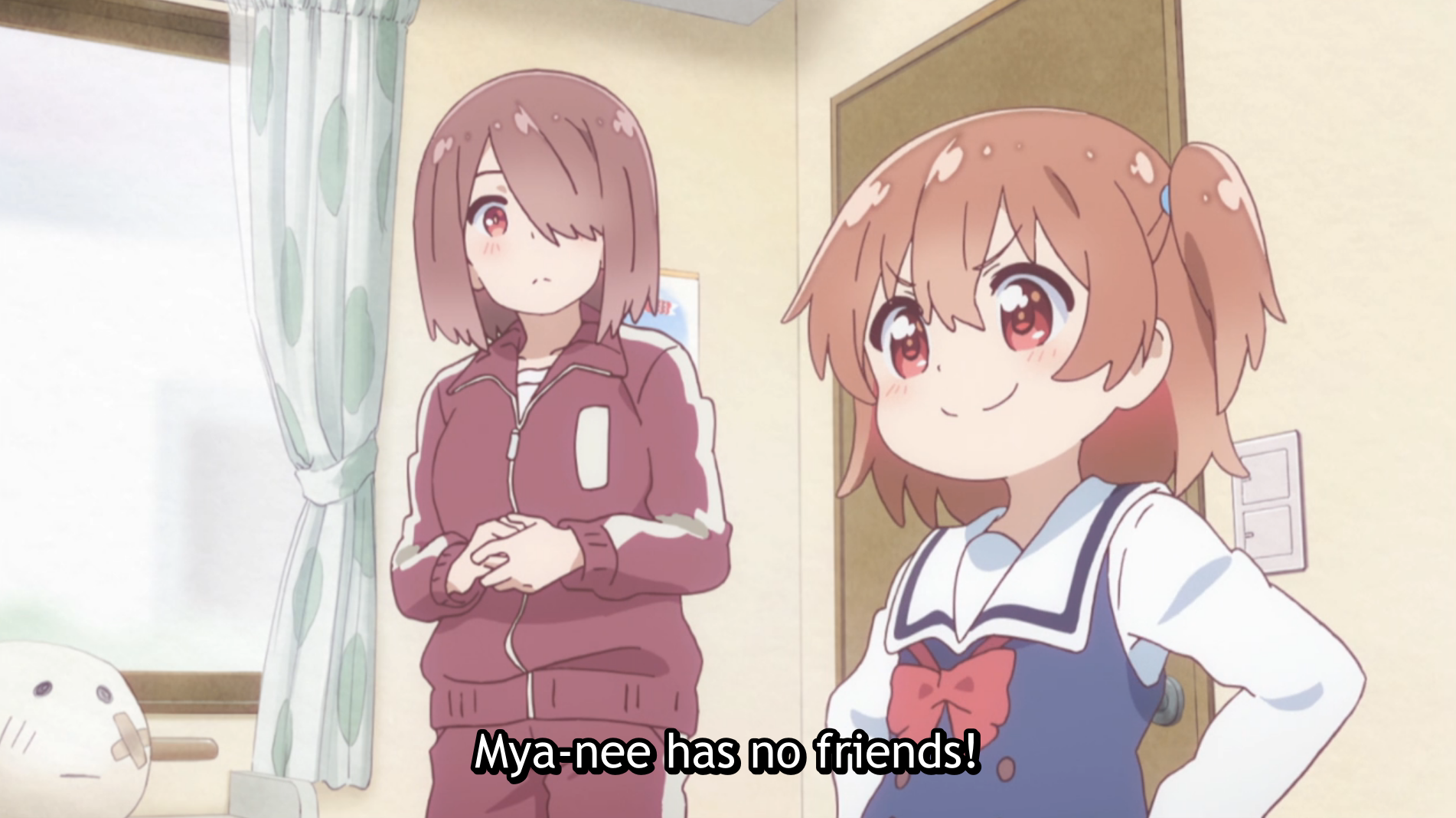 Remember, these are elementary-school aged kids. Unlike shows set in high-school or college, where characters acting like dumbasses can feel out of place and jarring, it doesn't take a lot of suspended belief to laugh at the way Hinata acts, the jokes she makes, etc. Why, you ask? Because kids are dumb, by virtue of having not grown up entirely and not having experienced the world for what it is.

Of course, it would be weird if Hinata was the only youngster who came off stupid. And while none of Hinata's friends (like Hina) act as outwardly simple as she does, they all share the same core trait of "being stupid/gullible about something". In essence, Wataten does a good job of portraying kids as kids and crafting humor around that, which is a breath of fresh air compared to all the shows about talented mangaka/musicians/himoutos/what have you. 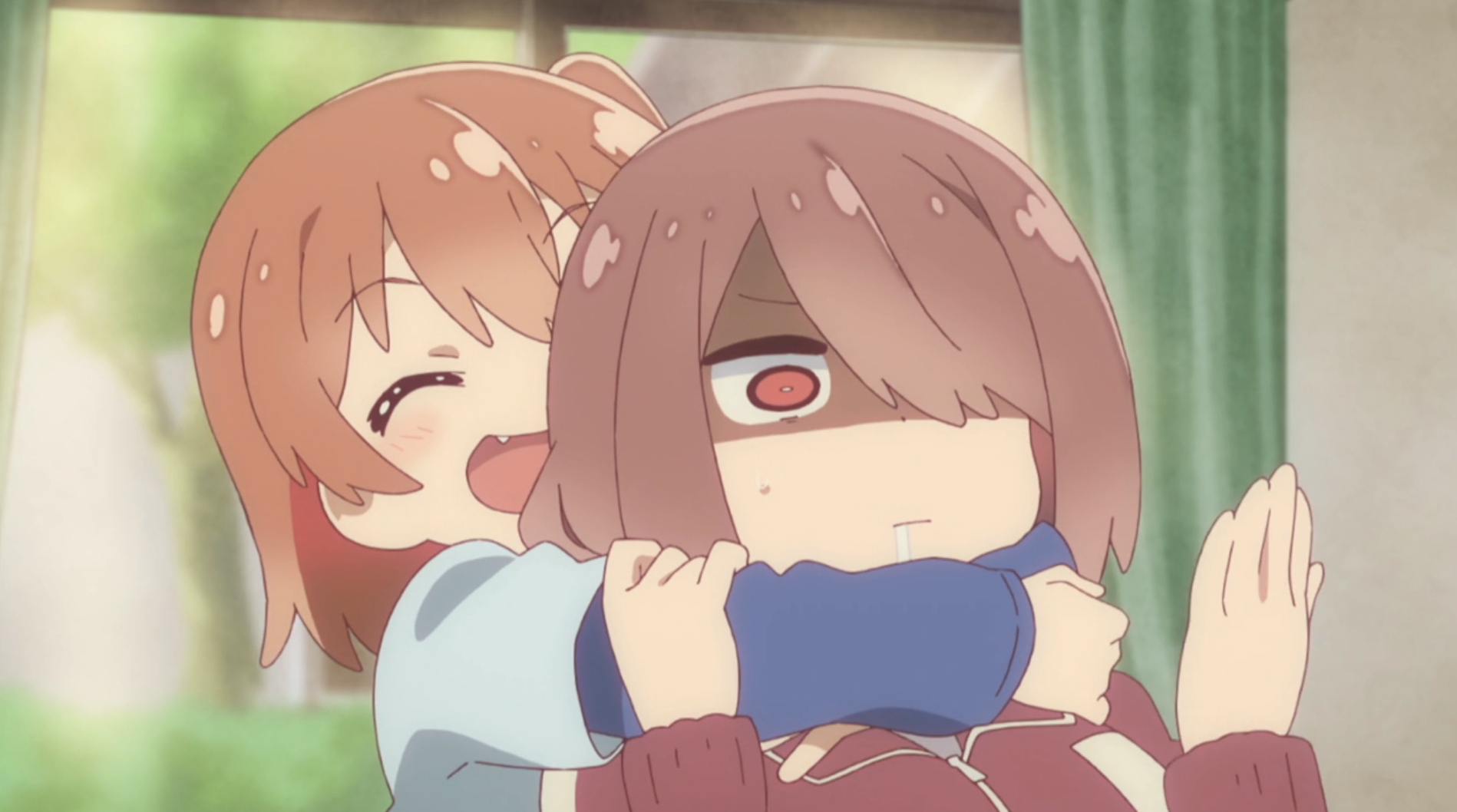 At its core, Wataten is still a cute girls doing cute things show. But it's a cute dumb girls doing cute dumb things show, and Hinata's character is a shining example of making that work. Would the show be better if Hinata was the main character? Probably, but let's not split hairs here. If you can handle these kind of shows, I'd give this one a try.

Also, it's Doga Kobo animation, so I'm contractually obligated to like it. 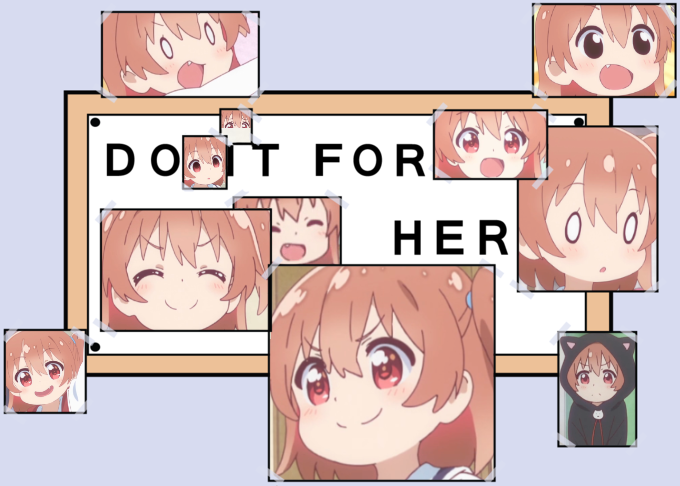 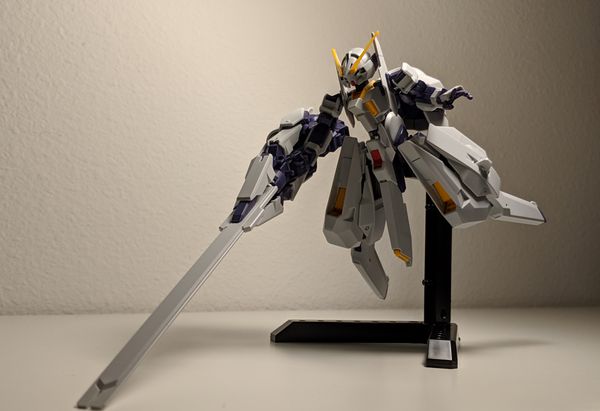 Because even gundam can have thicc thighs. 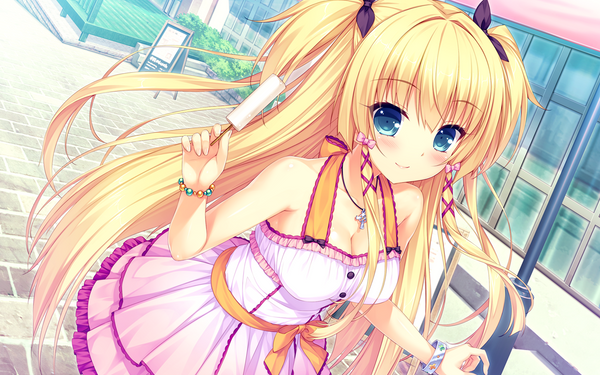