Being a connoisseur of magical girl shows, (I've watched Madoka and like six episodes of Sailor Moon) I thought I would take it upon myself to review one of this season's newest offerings. Magical Girl Ore, one of two I originally considered, presented itself as a light-hearted, more comedic take on the genre. It didn't take itself seriously and poked fun at the many tropes such shows rely on. But something about Magical Girl Site's premise interested me more. And being a fan of slightly darker shows in general, I decided to try it out instead, not knowing exactly how dark it would get. 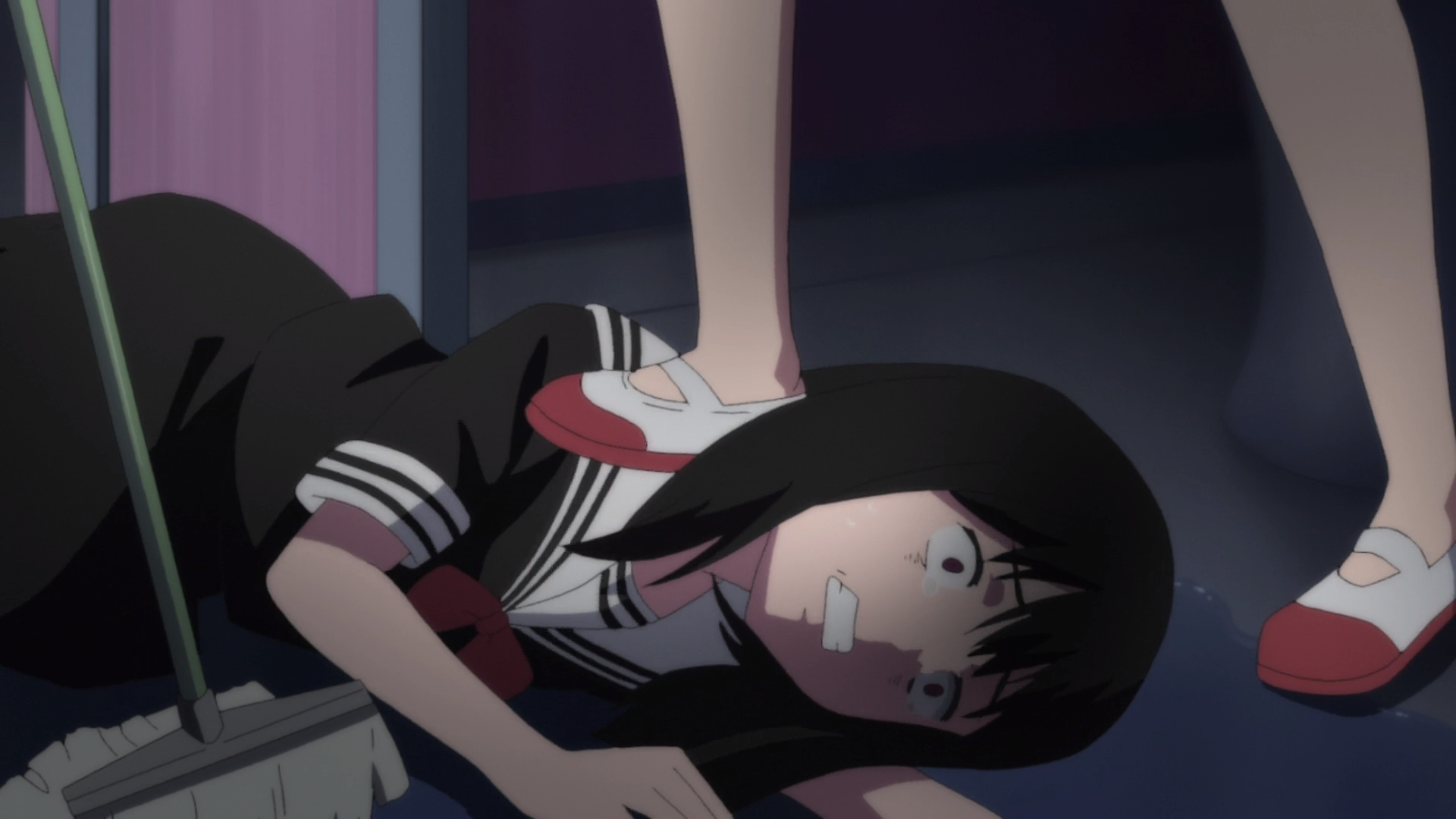 The show starts off with Aya Asagiri, our main character, nearly committing suicide at a train crossing out of desperation. Her school life consists of getting relentlessly bullied by three of her classmates in various cruel and sadistic ways, which makes her wish for death. She doesn't even find relief at home, as she's often used by her brother as an outlet to "relieve stress." 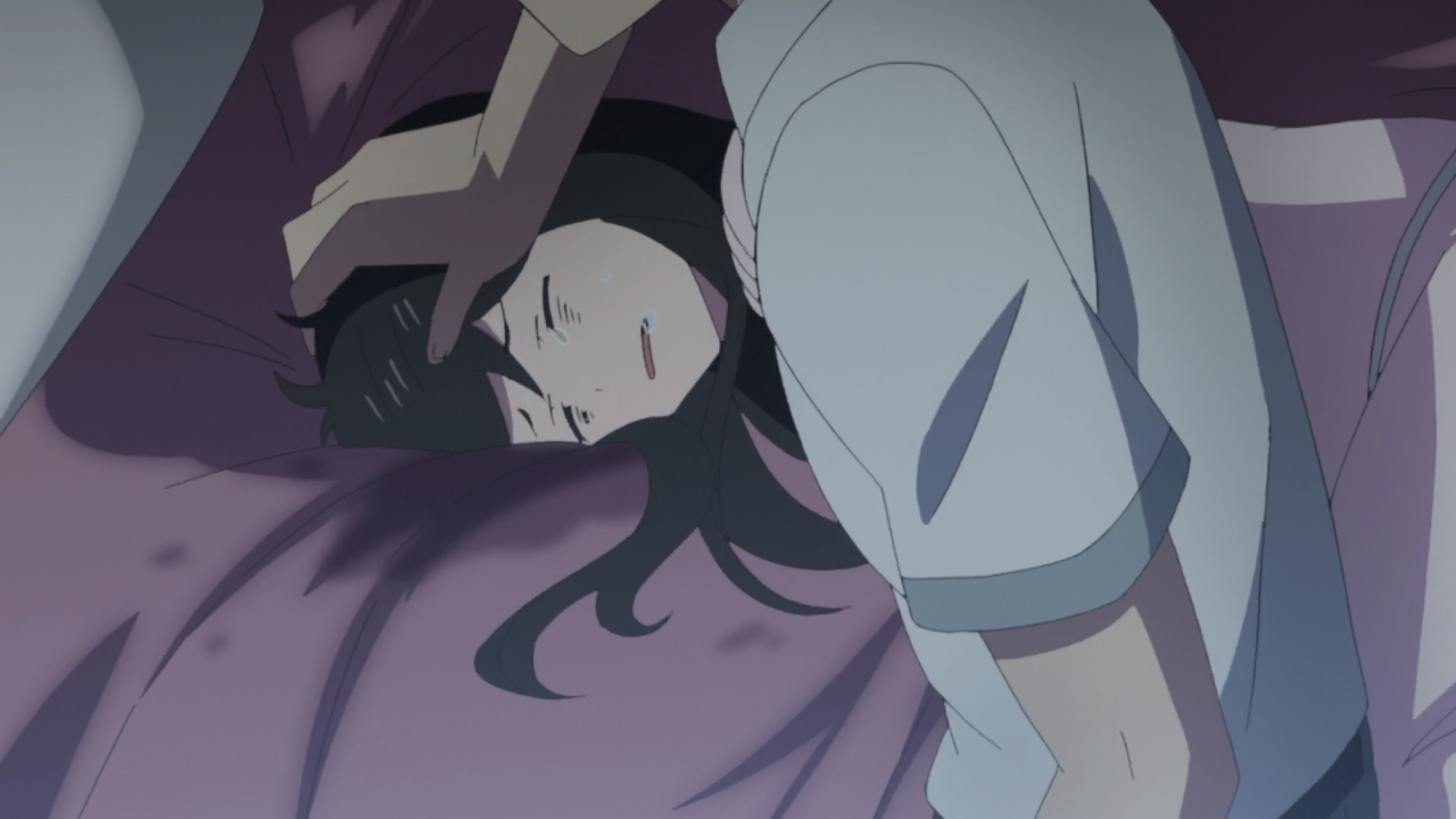 Crying silently in her room, her computer is suddenly directed to a mysterious website that promises her magical girl powers as recompense for all of her suffering. Delivered to her shoe locker the next day is a strange heart-shaped gun. What mysterious powers does it possess, you ask? Magicking her tormentors into the path of an oncoming train, of course! 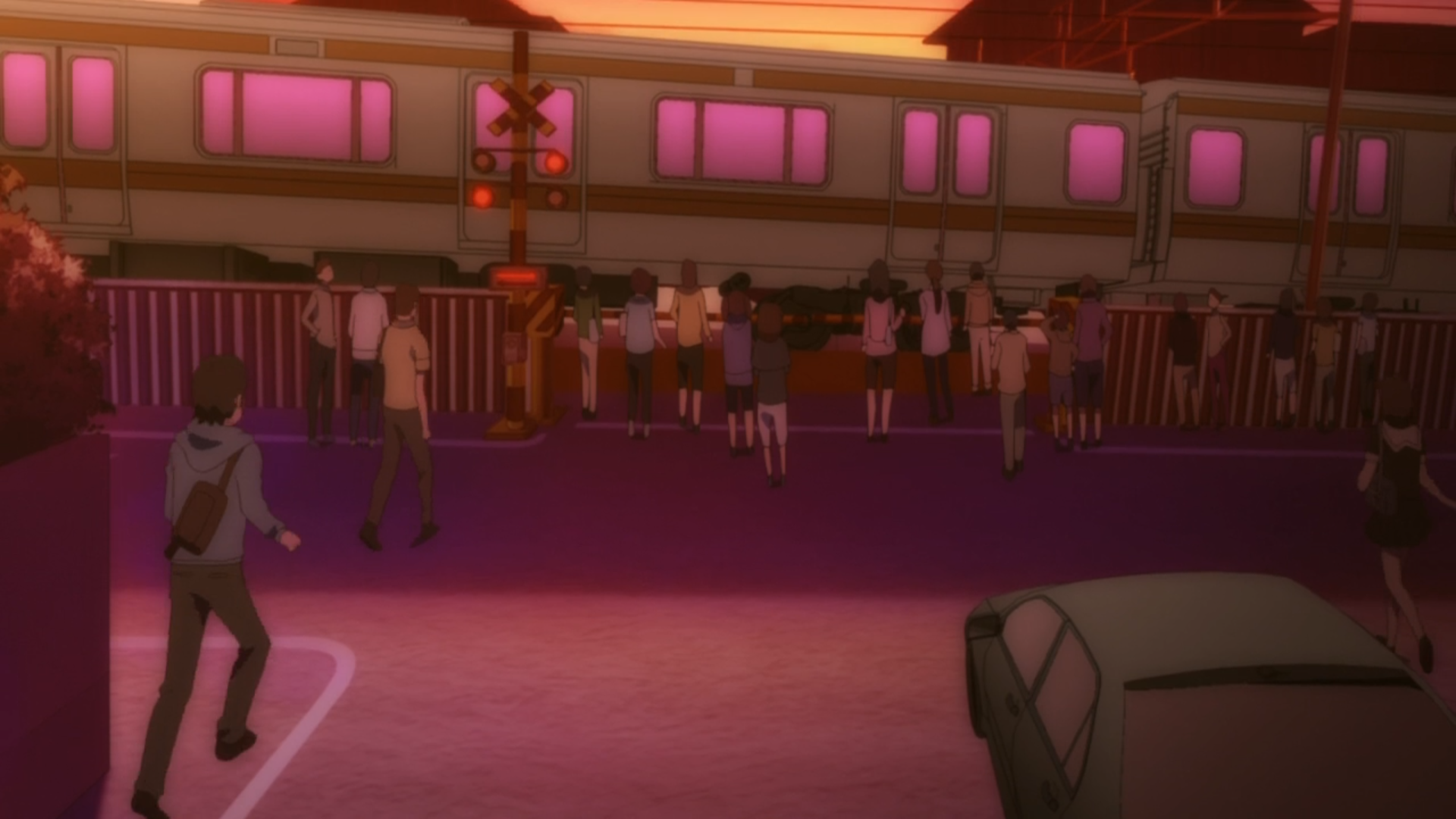 Going into this show with limited information, I was expecting it to be on the same level of despair of Yuuki Yuuna or perhaps Madoka. Maybe start off a bit slow and then gradually ramp up the suffering levels, instead of starting off immediately with scenes of bullying, strangulation, or even attempted sexual assault. This is a show that is clearly not pulling any punches, as it's going full force with an extremely dark tone. On one hand, I'm interested in seeing what sort of story this all ties into, but on the other, I'm not so sure if I'm willing to sit through more scenes of teen girl torture.

Other than the intriguing/grimdark plot, the rest of the show is decidedly pretty average. Animation quality is passable, characters designs are pretty bog-standard, and I barely even noticed if there was any background music. Yuko Ohno does a damn good job of voice acting though, making Aya's suffering sound all too real with eerily realistic screams, groans, and raspy whispering. It's enough to give you a vague sense of discomfort.

If you're an Amazon Prime member, the show is free and available right now to stream. You just have to endure some questionable choices in translation. 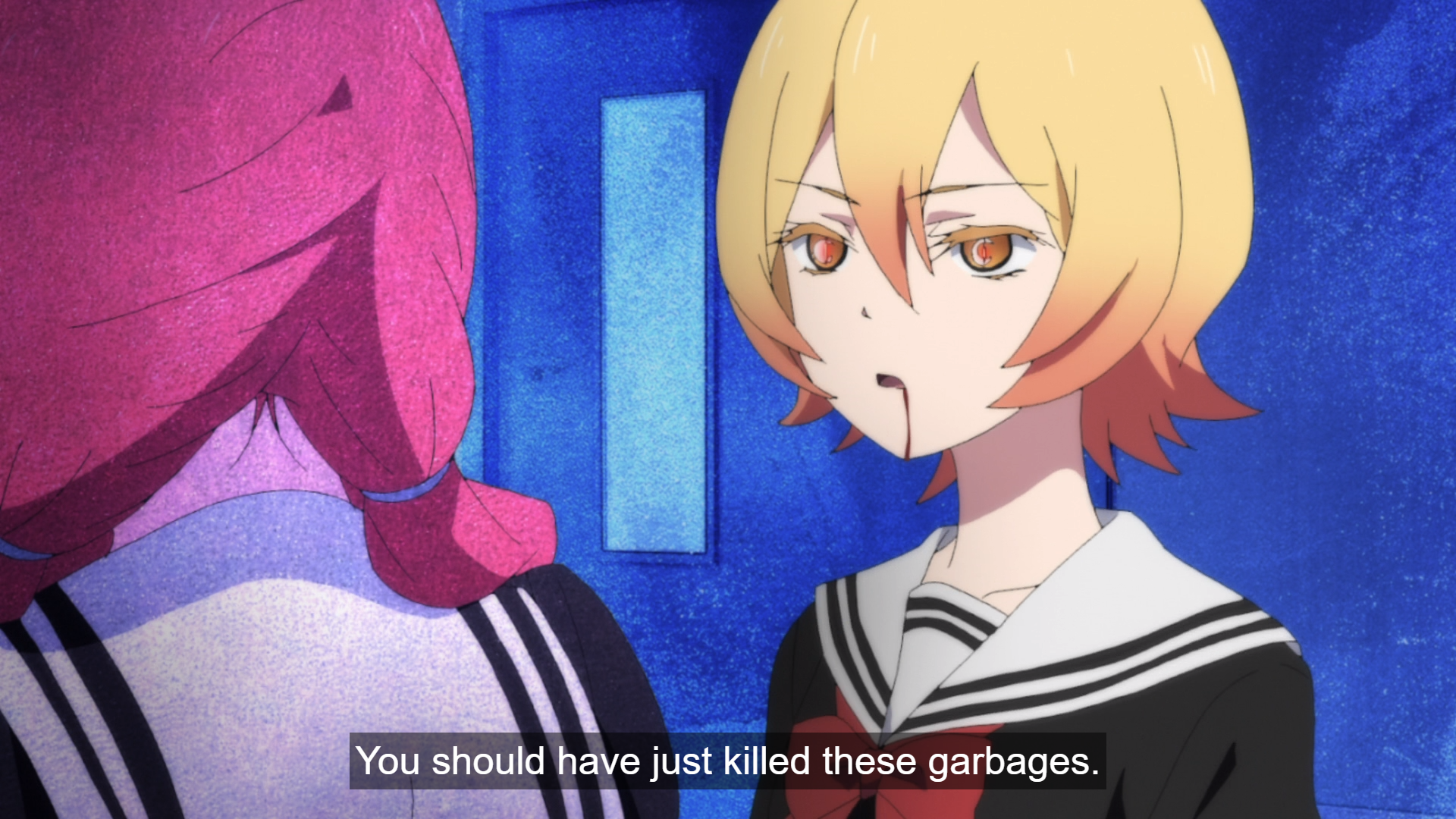 Pictured: A quality grasp of the English language

Verdict: Only for the morbidly curious 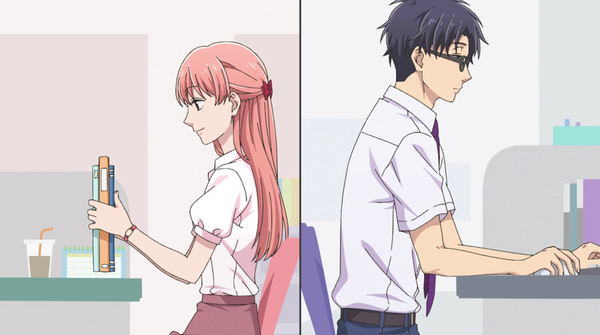