Whenever I see credits at the beginning of a show I immediately sit up and pay attention. It doesn't guarantee a show will be good, but it says to me that at least the people who made it are confident it is, and with MEGALOBOX I'm inclined to agree.

The first scene, with credits interspersed, is of our main character JNK.DOG riding across the desert on his motorcycle having an existential crisis about whether he should accept his terrible lot in life or fight against it. We see flashes of a fight and then, as if the show is acknowledging how excessively serious it's been so far, JNK.DOG promptly drives off a cliff and we're introduced to the impetus of the entire show. 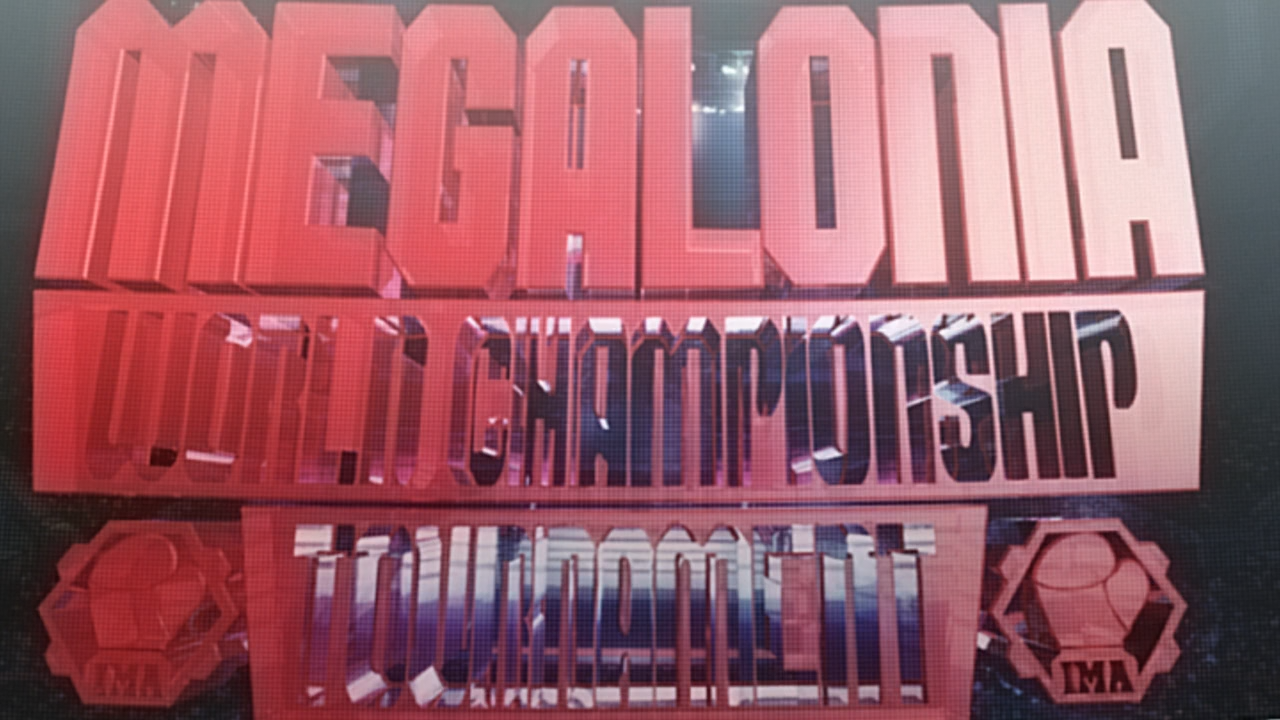 MEGALONIA is a Megalo Boxing tournament put on by the Shirato Group, a company that makes the equipment required to participate in the sport. It's meant to show how great Megalo Boxing is, so naturally anyone can sign up to participate. At this point we're 3 minutes in to the first episode and we've already seen our main character, know their greatest motivation, and know where the story is heading and can guess the structure of the show. Compared to the many shows that take until the third episode to reveal the primary antagonist, MEGALOBOX is a breath of fresh air. 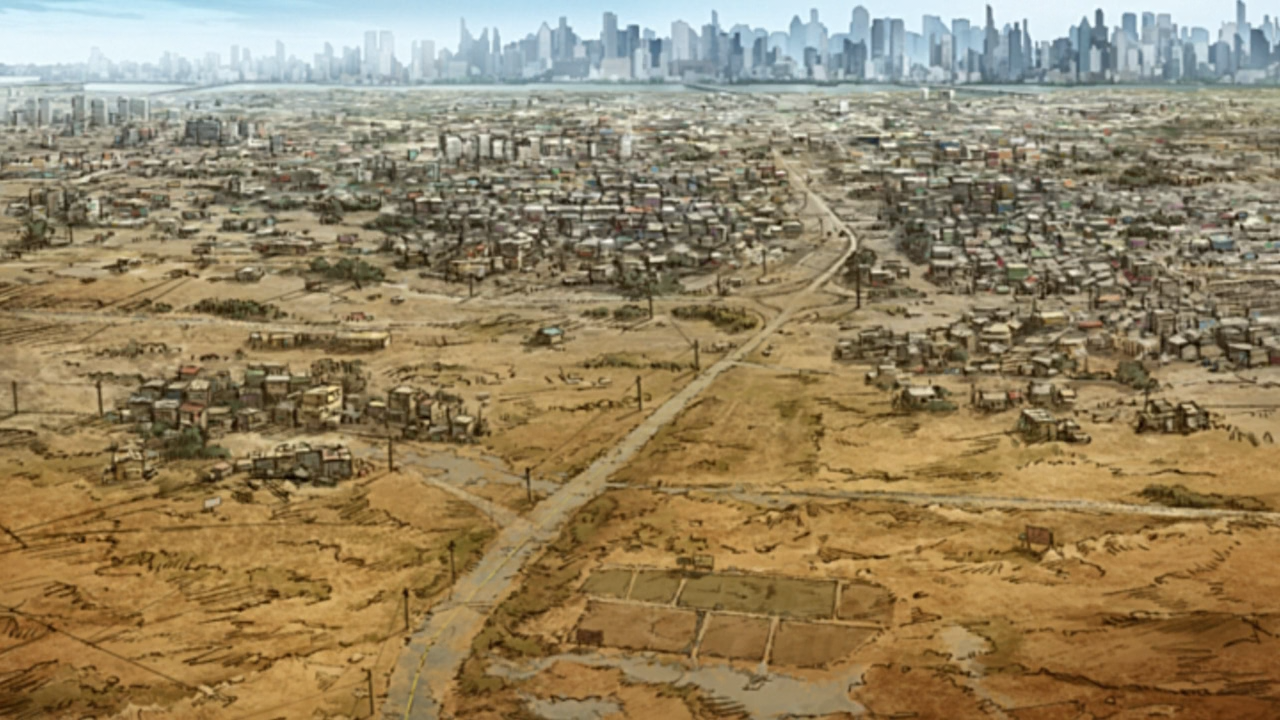 MEGALOBOX isn't terribly complicated. It does a good job of explaining what's necessary for you to understand the main character and his motivation, and then removes the rest. The Shirato Group is some big company in the big city, and JNK.DOG is a scrappy non-citizen who's just trying to put together a living alongside his fellow non-citizens. Nobody has much motivation or money, and they use betting on underground Megalo Boxing fights to entertain themselves and maybe bolster their meager savings. 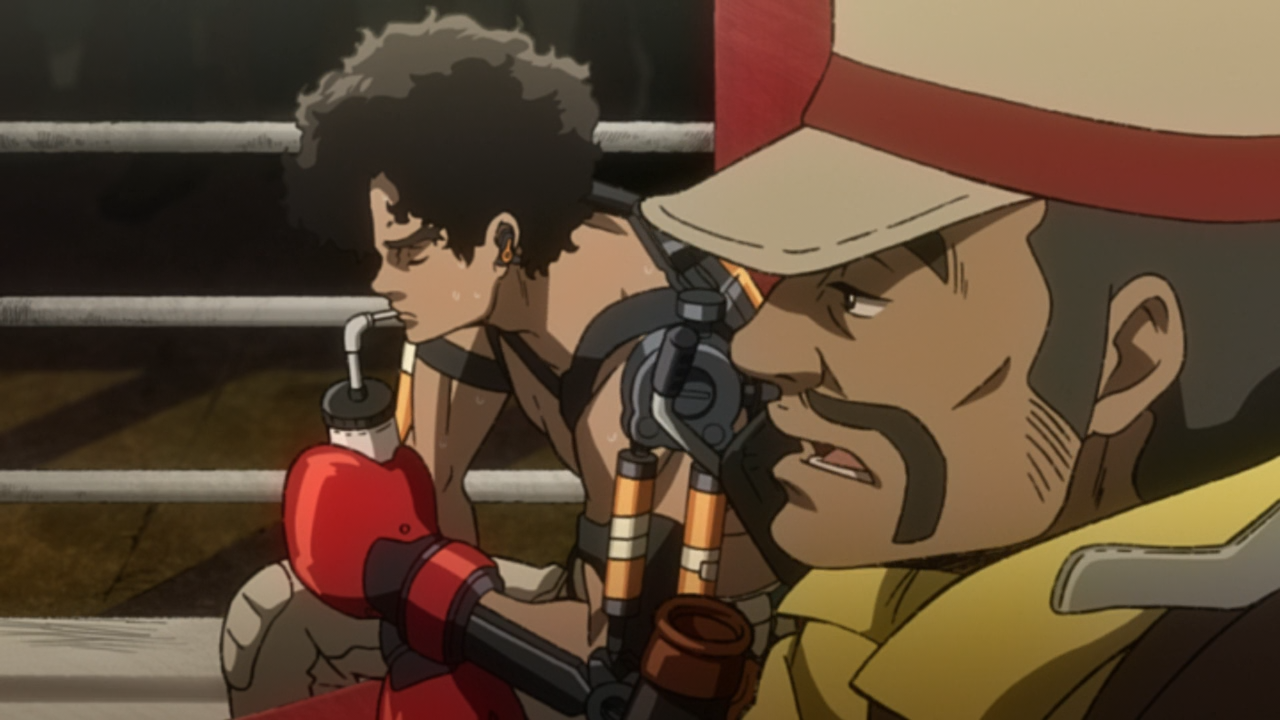 JNK.DOG has a stable, if unfulfilling, life working with his manager to fix the underground fights to ensure they're entertaining and earn the house more money. Most of the time this means JNK.DOG throws the fight despite clearly being much better than his opponents, hence the brooding session at the beginning of the episode. We get to watch a complete fight where JNK.DOG is told to throw the fight after pressuring his opponent, and we see his thought process and how much it hurts him to hold back and how he's continually losing his motivation to stay with his stable lifestyle. JNK.DOG wants a challenge, to prove himself, and if his manager won't give him that opportunity, then he'll just have to find it himself. 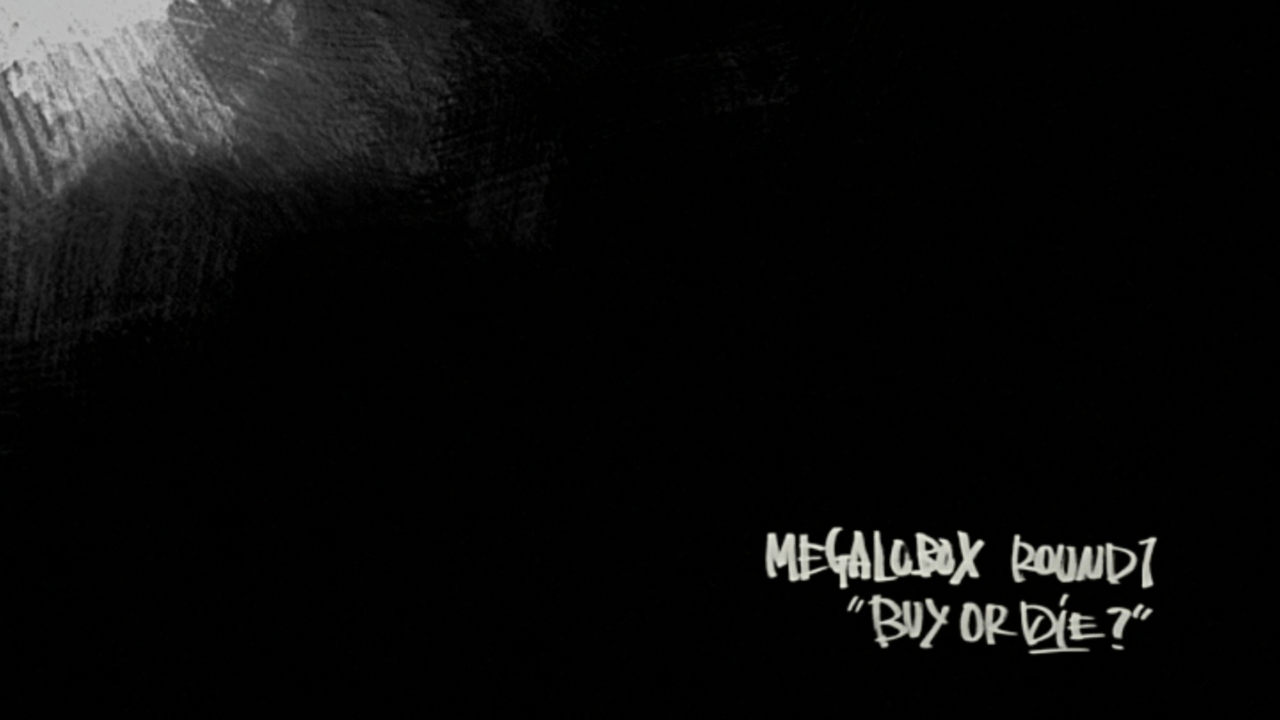 At this point we're only halfway through the episode. Since this is a review of the show and not an analysis of the episode, I'm going to cut it off here and talk about what we already know. However, this does help show how incredible the pacing of MEGALOBOX is. In half an episode I've seen more plot and progression, and in some cases action, than I'd see in two full episodes of other shows.

While I can't easily show the animation, I appreciate how dynamic the fight sequences feel. Even casual conversations between two characters aren't static; everything in the show feels alive and vibrant. The art style is very traditional and evokes the gritty atmosphere expected from a show about boxing.

Each character is distinct and has their own personality, and they have meaningful interactions that continually refine and progress your understanding of them. While the story appears to be your standard "MC is the dark horse in a world-class tournament" the execution of everything makes watching MEGALOBOX an absolute delight from start to finish.

Verdict: I can't possibly fathom why you wouldn't like this show 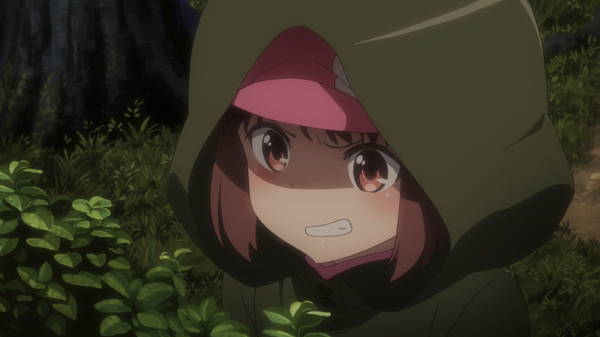 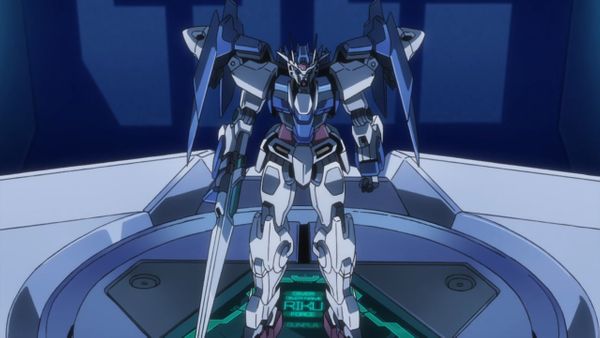