To nobody's surprise, Hensuki: Are You Willing to Fall in Love with a Pervert, as Long as She's a Cutie? is one of these shows. It does not try to do anything unique with the formula established by similar shows before it, nor is it exemplary in any other manner. It is, however, extremely horny, as the main shtick of the series is how everyone except the main protagonist has a fetish that is revealed to the protagonist, breaking any perceptions of purity and class that our poor main character might have had about them. The problem is that Hensuki doesn't really have a lot else going for it. Other shows might have multiple avenues for comedy or plot, but in Hensuki the character's sexual fetishes often are the only plot points, resulting in a show that feels incredibly bland and one-dimensional.

Five minutes after the curtains rise on episode 1, the overarching mystery for the entire show is set in motion: our main protagonist, 2nd-year student Keiki, discovers an anonymous love letter addressed to him. Accompanying said proclamation of love is a pair of women's panties, ensuring that any unsuspecting viewers are now fully aware of the kind of show they're watching. With the help of his buddy and classmate Shouma (a canonically self-proclaimed lolicon, which does become a plot point in later episodes), they narrow down the list of suspects to three girls in Keiki's circle of friends:

Sayuki, despite her prim and proper appearance, is actually a hardcore masochist and confesses that she wants to literally be Keiki's pet.

Yuika, petite devil that she is, reveals herself to be an extreme sadist and asks Keiki to be becomes her eternal slave. Her confession scene involves her taking off her panties and stuffing them into Keiki's mouth until he passes out, which is detail you probably didn't need to hear, but now will stay with you for the rest of your life.

Congrats! You now basically know the plot of the entire show.

There are a few more girls that get introduced later on, but they basically all follow the exact same pattern: start off looking pure, yet secretly have a "weird" sexual fetish. There's also a fourth girl who's introduced from the start, Keiki's younger sister Mizuha, and she's presented as a reprieve from the other perverted girls by having no flaws or otherwise lewd desires. This, of course, turns out to be false, since nothing is safe or pure in the world of Hensuki. How exactly this is false is left as an exercise to the reader.

If it sounds to you like these characters are tropes and not much else... you'd be right! As a result, the content of each episode gets boring and predictable pretty early on. The pool of sexual trope jokes is not that deep, and Hensuki does not really know how to dive underwater. Keiki, being the goodie-two-shoes that he is, does try to play the straight man by interjecting into said jokes pretty frequently, but the comedic timing is only halfway there. It's clear that they were inspired by KonoSuba, but it falls flat.

At least the character designs are cute, I guess? Too bad the animation quality doesn't do them justice. The original character designs and LN illustrations were done by sune, a popular Japanese artist, who definitely didn't skimp out on any part of the job. It's just that the raw content and character interactions are so bland and boring that this show adds to the pile of examples on how famous artists can't save bad writing. Kantoku couldn't save HenNeko or One Room, Anmi couldn't save Houkago no Pleiades, etc...

Throughout the show, the mysterious individual behind the love letter is often referred to as "Cinderella," drawing inspiration from the fact that she left behind a pair of panties before disappearing. Unfortunately, there's no Prince Charming here, or really any charm to be found in this show. You're getting a generic, incredibly sexualized, and predictable LN-based high school rom-com that does nothing to stand out. It might be a guilty pleasure anime for some people (emphasis on guilty), but for everyone else it's more off-putting than anything else. Or, in the words of Funimation commenter Tobias818... 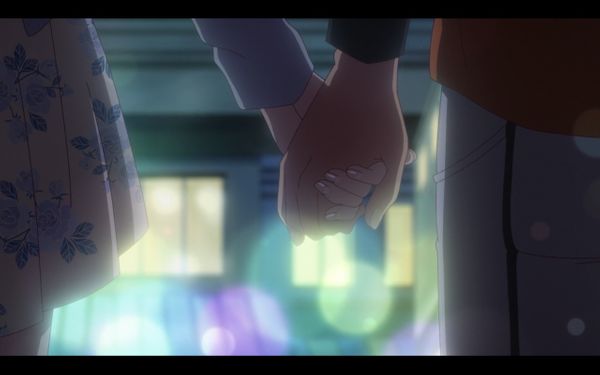 Two of us have watched the show independently, and will be discussing it together! Strap in. 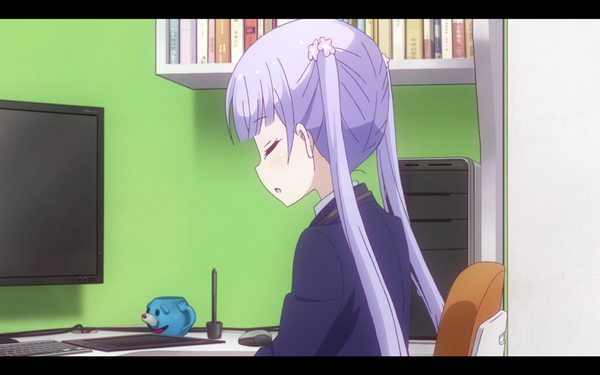 New Game is a show about game development, so in theory the code displayed should work... right?