That was really the extent of my plan, and luckily Jukey had already planned to be there for the Japanese DJ-heavy Synergy Dance, so he let me in on splitting Hilton highway robbery for the weekend.

Pretty much everything went according to plan. Good mornings don't exist, airport floors are uncomfortable, and work goes until the start of the fhána concert. SNAFU as expected.

Did have an intermission for lunch. Went for German food because it's common knowledge cons are only truly enjoyed with a few senses dulled. Our exit entertainment was a chap getting paddled. Jukey wasn't up for a personal experience.

The concert queuing was kind of a strange ordeal. There were no official queues until about 30 minutes before the concert, and nobody seemed to be able to tell me that, including the staff posted directly outside the ballroom. Directed on a wild goose chase, I ventured about 3 times between the two main buildings of the venue only to ultimately end up right back outside the queue.

Also forgot my penlight in my bag. I had it bag checked because the volunteers told us no bags up until they opened up the queue. Queue opens up? "Bags are fine!" Goddammit. Still surprised the bag check was free, though, so that was nice.

The fhána concert itself was decent. Audio quality wasn't the best, which I guess was to be expected from an anime convention. I usually use the metric of whether or not I can even try to parse the lyrics. This, however, was definitely one of those instances where I was just kind of listening for the melodies I love and recognize. Not that I got much of that, really.

There are a few songs I particularly like from fhána, and there's one song I love. Much to my dismay, not a single one of them made an appearance. Didn't expect fhána to be sharp a lot of the time, either. Considering her vocal range is already pretty dang high, going overly high was quite the surprise.

From the 4th row, the view was nice. They played mostly the tour album songs with a token Miss Kobayashi's Maid Dragon opening, Blue Sky Rhapsody. Was hoping desperately for a rendition of The Eccentric Family ending, but it's pretty old, so that was a moonshot. The concert ended with a crowd photo. Can you spot Lloyd in the crowd photo?

My main event out of the way, it was time for Jukey's main draw, Japanese DJ Hell Dance, Synergy! Except one problem. Most of the DJ's had been denied entry into the US. See ACEN: Side Jukey for more on that.

Jukey and I made our way there to witness the remnants of what could have been a great show. Don't really remember much because I peaced out pretty quickly.

The initial schedule I had planned out was already exhausted by this point, so it was freestyle for whatever was left of day 2.

Rendezvousing with friends Vlvt and Rcombs, we got some hot dogs. Jukey disappeared, and Vlvt and I went to get our fhána autographs. I bought Vlvt something since the badge he intended to get signed was laminated. What goes around comes around, and all that.

In a short walk through the Dealer's hall, we noticed Kevin had also been scheduled for an appearance in the day 2 dance. I know the tweet above has this information, but that was the only tweet that had the crowd photo alone. That added the Saturday dance to my schedule for sure, though.

I rejoined Jukey's party, and we encountered the Maitetsu meetup, sharing in cider and sick train fantasies, Maitetsu and beyond. There was even a Rance execution on show. We were on the bed in the photo below.


Deeper in the night, I was looking for some fun. It was time to watch Kevin perform. He added in a nice dosage of anime song remixes, exactly what I go to these raves for. Songs included Connect by ClariS and Daydream Café by Petit Rabbit's, closing with the Lion King in an interesting surprise.

The order is a Kevin set. pic.twitter.com/zbymRPtapq

Lloyd peaces out in the morning.

Somewhere along the way, Harold and Kumar went to white castle. We didn't find Neil Patrick Harris unfortunately, but our driver was cool. Was it even day 3? 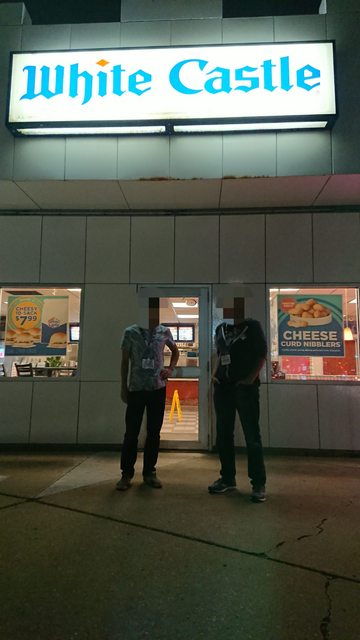 The Japanese DJ guests being mostly unable to come put a real damper on a dance that was supposed to be super hype. I'd consider going again if they were able to secure certain high profile musical guests because I don't think they'd let it happen twice. 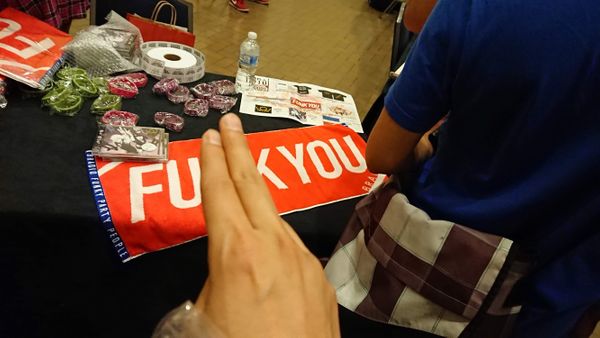 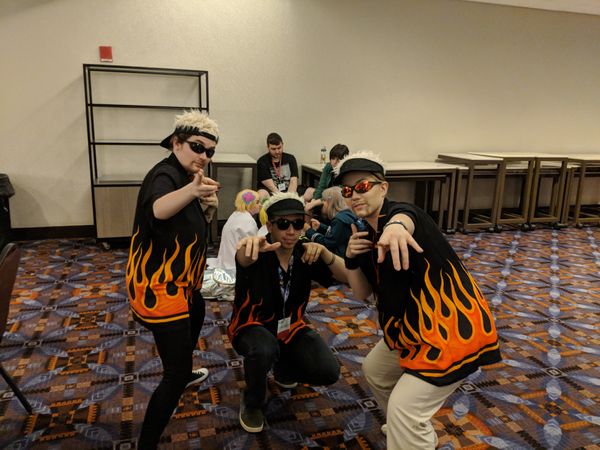