At some point in every young modeler's career, they get tired of the beautiful simplicity that is building High Grade model kits. The quick turnaround and instant gratification of constructing a 1/144 scale kit starts to become unsatisfactory, and they start to yearn for something greater. Something a bit larger for enhanced detail, with better color separation in the runners for a more vibrant finished product, and with better poseability than the models displayed at the Barnes and Noble. I mean, just look at that. disgusting

For many that seek a greater challenge, the Master Grade series of gunpla is the perfect answer. They strike the optimal balance between the cheap but low detail charm of the HG models and the expensive but high detail magnificence of the Perfect Grade models. And with over 200 different MG kits to choose from, there's bound to be one that fits the tastes of nearly everyone. But Blues, you ask, with fingers bloodied from one too many gashes from an inaccurately-aimed x-acto knife, which MG model would be best to cut my teeth on? Which kit provides the right amount of challenge for my inexperienced hands, but is also accessible to buy from a US-based store? The answer to that simple, simple question is definitely not the P-Bandai exclusive MG Sandrock Custom. The one thing on this model that really stands out to me is HOW GODDAMN BEAUTIFUL IT IS. For some reason the combined purple, gray, and white color scheme makes it SO DAMN AESTHETICALLY PLEASING that I constantly daydream about it at work. The small splashes of yellow and red also help to bring out how INCREDIBLY GORGEOUS IT LOOKS. Did I also mention that it's the MOST STUNNING THING I'VE EVER SEEN IN MY LIFE? THIS BELONGS IN A MUSEUM

Looks aside, actually building this thing is a good step up from HGs. The building process isn't simple as slapping together three pieces for the foot like the HG Leo. There's a grand total of 20 different runners, so building each section is much more involved. However, if you've built other MG Gundam Wing model kits before, then you'll find that the building process for this kit is very similar. The inner frames for the arms, legs, and torso are nearly identical to that of the Deathscythe and Heavyarms. I hope you like switching between runners for each step.

And being a MG, the articulation is fantastic. The knees and elbows are double-jointed, the ankle operates on a set of two ball joints for extra flexibility, and the arms can move waaaaaay forward. Unfortunately, the skirts on the waist tend to limit the movement of the legs somewhat. This prevents some of the more acrobatic poses, but isn't a huge deal-breaker in the long run.

At this point, you may be saying to yourself, "Wow, such a fine and fabulous kit. If only there was some way I could purchase this lovely specimen."
No.
There isn't.
It's sold out.
Now get out of my sight. Don't talk to me or my son ever again.

Herein lies the main massive problem with this model kit. It's an exclusive from P-Bandai, a premium online shop that offers, among other things, variations on mass produced kits that you can't buy anywhere else. For example, this particular guy is a variation on the normal Sandrock kit that came out a couple years ago. it me, the original

That exclusivity is only extended to Japanese citizens, so if you don't live in glorious NIHON, then prepare to pay WAAAY above retail from third party shops. And even if you decide upon making the poor decision of paying $80 for a kit like this, there's little to no chance of purchasing one now. P-Bandai kits are produced in small one-time print runs, which limits the pre-order window to about a month after it gets announced. I wasn't even able to order one during its initial sales period (mostly due to my own innate laziness). The only reason I have one of these models is because I somehow managed to find one in a tiny little shop in some random mall in the PHILIPPINES of all places. I paid FOUR THOUSAND DOLLARS (pesos) for this kit.

But let's say you manage to get your grubby little hands on a copy. The only real differences between this and the original Sandrock model are the paint scheme and the massive cloak it comes with. In awe of the size of this lad.

Admittedly, the cloak looks very cool in my eyes. But seeing that it's just large untextured pieces of plastic kind of lowers the coolness factor. Substituting actual cloth for the molded pieces would make it looks that much more realistic to the EW version. And once the cloak is on, the amount of poses that you can do becomes VERY limited.

All-in-all, I very much like this kit. But weighing in the massive effort it took to procure one, and the small amount of differences from the OG Sandrock, I don't think I would recommend this to anyone as a good model kit to get. Unless you think it's as MARVELOUS AS I DO Verdict: Only for the most obsessive Gundam Wing fans 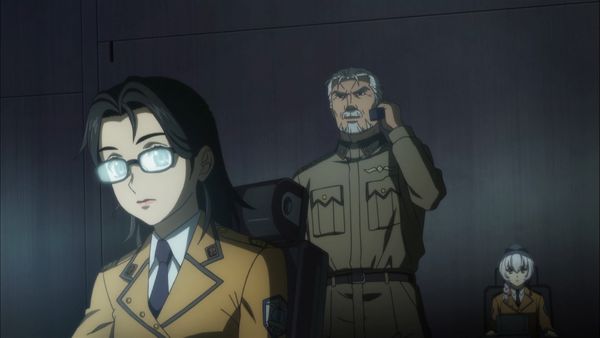 A classic returns as if it had never left Before we begin, a disclaimer: Full Metal Panic is my favorite anime series, and will always hold a special place in my heart. Full 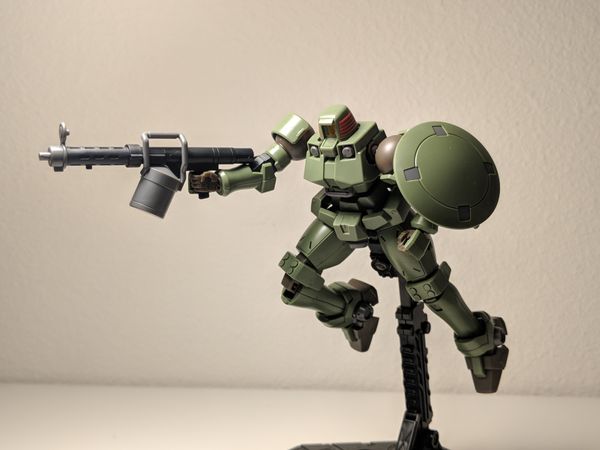